As is reported, rescue and fire services attended more than 150,000 fires last year only in England, and while the number of fire fatalities dropped to its lowest ever figure, 240 people died. To prevent such events, and save lives and your property consider buying a smoke alarm for your security system. This device can give you an early warning of a fire before it’s going bad and will give you the time of getting everyone safely out of the house and calling for help.

How to fully protect your home

For instance, most properties require more than one smoke alarm, alongside detectors for measuring heat and carbon monoxide (CO) levels in the state. These devices protect their users against the notorious silent killer, or cover areas like the kitchen, where fires can originate but a smoke alarm would be impractical. And while it’s not hard to find a decent smoke alarm at a nice, affordable price, there are some older therefore less effective models on the market, and there are a few options or features that you better look out for. We’re here to point those out for you based on our personal experience of testing them and steer you towards the best smoke alarm for you. 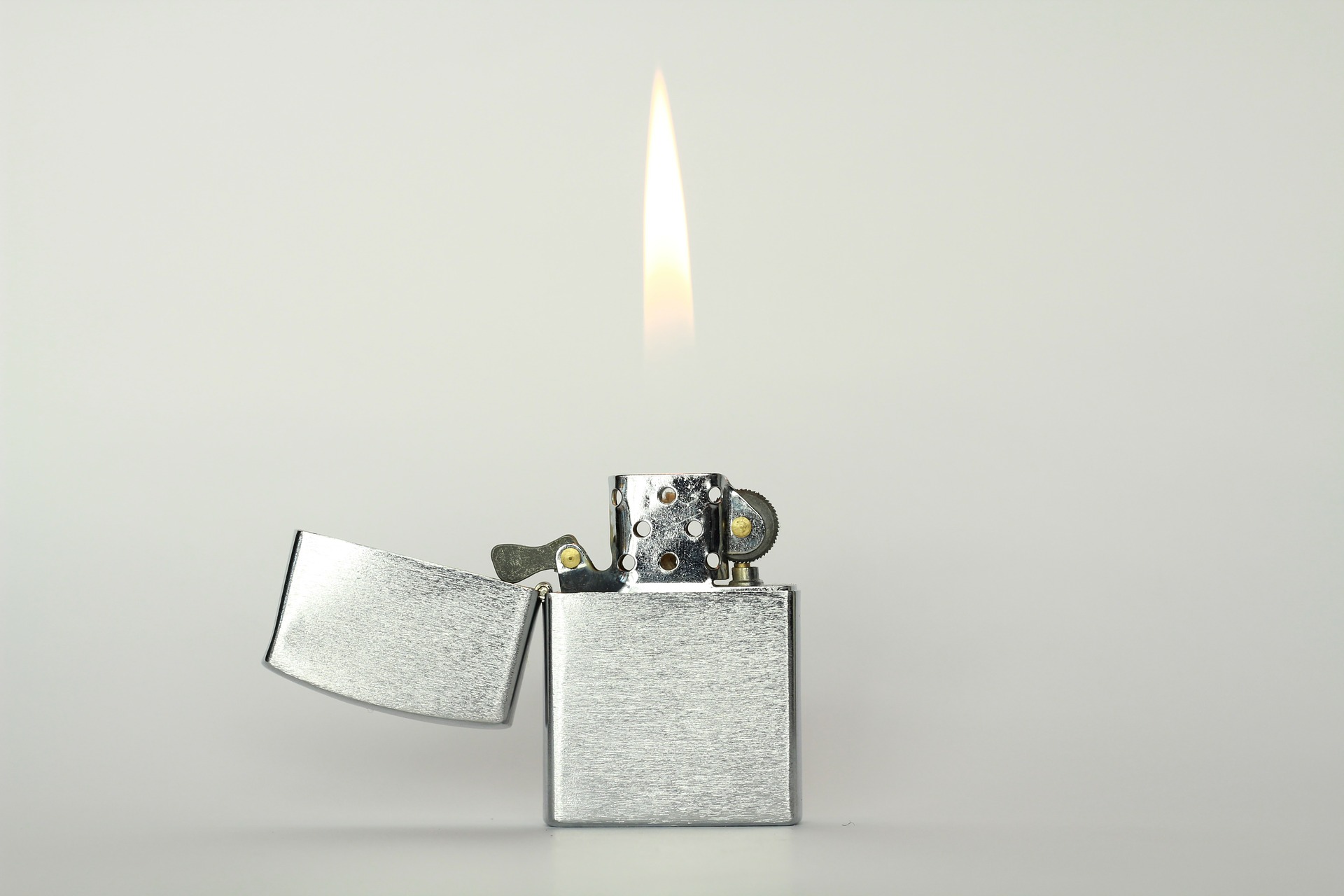 How to choose the best smoke alarm for the security system

There are two basic types of smoke alarms, which differ in the way they detect smoke. In the first case, small amounts of radioactive isotopes (too small to cause any harm) cause ionization in the air inside the smoke detector. If smoke enters, these ionized air molecules react and cause a change in electrical behavior, setting off an alarm. These ionization detectors are sensitive and responsive, but are also prone to false alarms. So the classic smoke alarm goes off every time a toast is toasted. 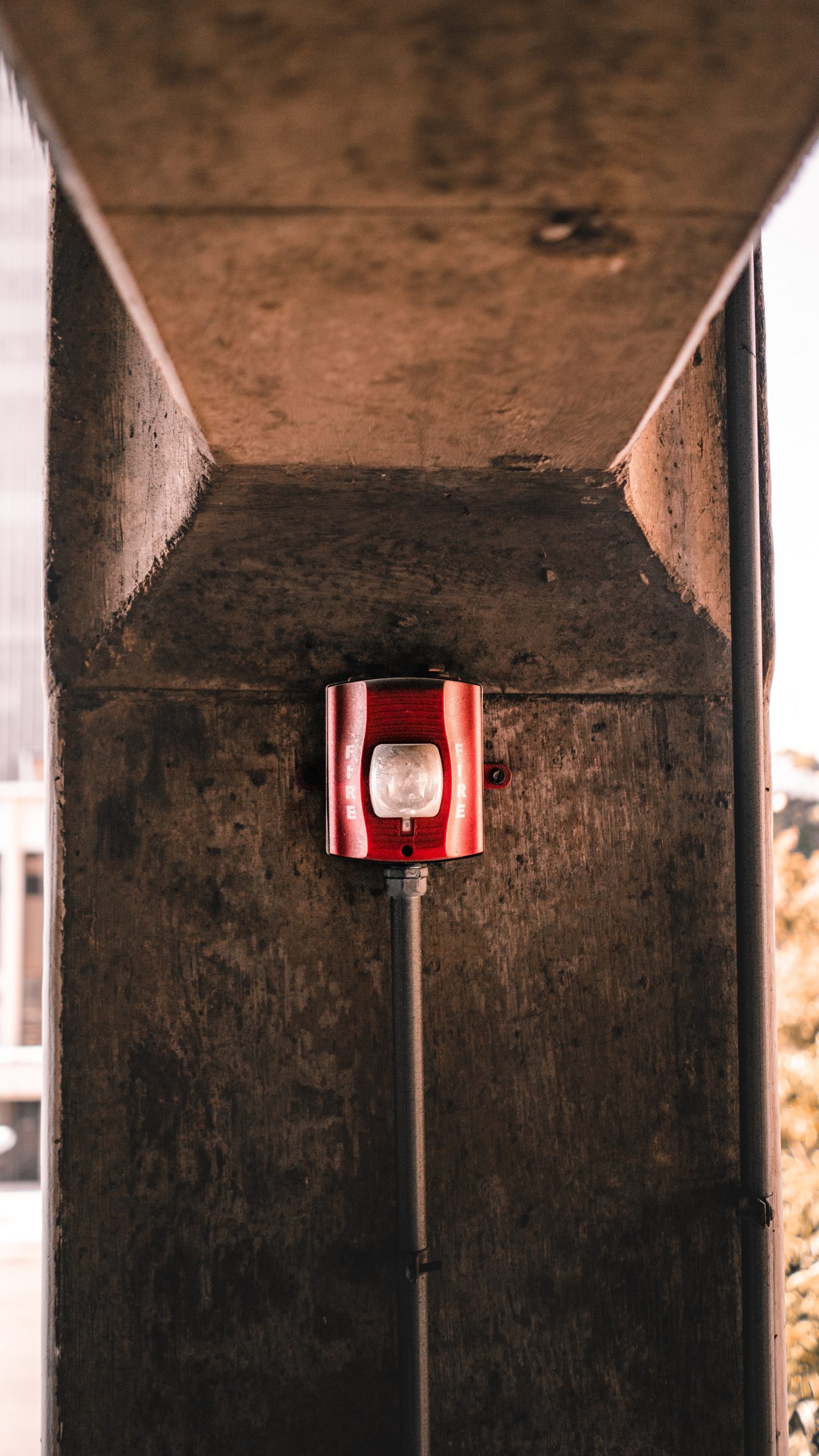 The second type uses optical sensors that detect smoke and sound an alarm when it enters the sensor chamber. These can quickly spot smoldering fires that produce a lot of smoke — which happens when upholstery and soft furniture get caught — but are less sensitive to other types of fires. However, the difference isn’t huge, and they’re less likely to accidentally catch fire while cooking.

As a rule of thumb, it’s best to use visual alarms in living rooms or downstairs hallways, where there is a lot of upholstery and soft furniture, or where the alarm may be triggered by cooking fumes. Maintain ionization alarms for upstairs hallways or areas where dust or exposure to elements (such as from an open door) could trigger an optical sensor. When in doubt, handle visually or use multi-sensor alerts. Many fire departments generally discourage the use of ionization detectors, and some manufacturers have now discontinued their ionization products.

The fire brigade also recommends installing heat detectors in kitchens, garages, or workshops. They detect hot air instead of smoke and trigger when the air in the sensor chamber reaches a certain temperature (usually 58°C). Heat detectors are slower to respond than real smoke detectors, but are also less prone to false alarms. They won’t ring when you’re grilling sausages or grilling toast, but they’ll still warn you in time if your kitchen catches fire.

Different makes and models will be slower or faster at detecting smoke and will have different sirens operating at different volumes. Some even feature voice alerts or strobe lights. However, all detectors sold in the UK must comply with BS EN 14604:2005, which sets out requirements, testing, and performance standards for smoke detectors using optical or ionizing sensors. Heat detectors follow a separate standard BS 5446-3:2003.

How about the power supply

Wireless detectors normally use batteries and this element used to be the weak link in most home smoke alarms, needing to be replaced every year or so and often running out, causing the low battery alarm to go off in the middle of the night. As with carbon monoxide detectors, the trend is to use detectors with built-in 10-year lithium batteries, designed to extend the useful life of the detectors. In Scotland, these are now required by law. However, in England and Wales, you can still buy and use sirens with removable 9v batteries, and these are usually cheaper. We recommend paying extra for convenience and safety, but the choice is yours. 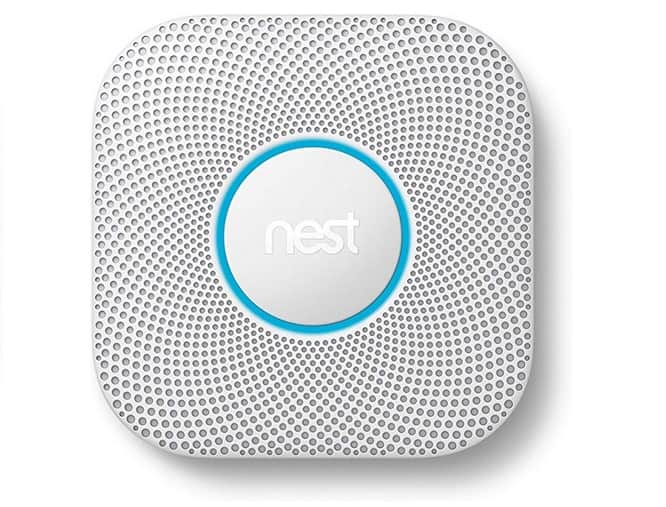 Google Nest Protect: One of the best smart smoke and carbon monoxide alarm

While there are other smart smoke alarms out there, the Nest Protect stands out. It connects to the internet via Wi-Fi and sends reports to your phone or tablet via an iOS or Android app. If it detects smoke, it will issue multiple verbal warnings before activating the 85dB alarm, giving you enough time to dismiss the alarm via the app or by waving the built-in motion detector before you hear it. It can also detect carbon monoxide and even tell your Nest thermostat to shut down the boiler if it detects a leak.

Meanwhile, a color-coded gauge system on the center ring gives you visual alerts and updates, and even subtle night lights when you’re driving by in the dark. It’s more expensive than other smoke alarms, but if you’re investing in making your home smarter, this is the one you should buy. 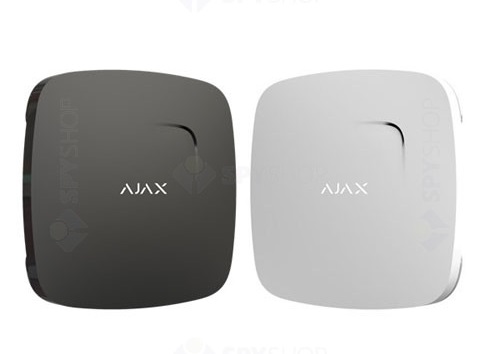 Smoke detector with temperature, CO sensors, and built-in siren for protecting the property.

Ajax FireProtect Plus monitors fire safety in the room around the clock and instantly reports on the appearance of smoke, sudden temperature jumps, or, dangerous levels of carbon monoxide.

The device consumes less energy, adapting power to the distance to the control panel. Works for up to 4 years without replacing batteries. The detector reports the need to clean the sensor from dust and keeps two-way communication with the central panel for testing and configuration. Controllers the state and raises the alarm through the mobile application in case of an emergency. Is used indoors. 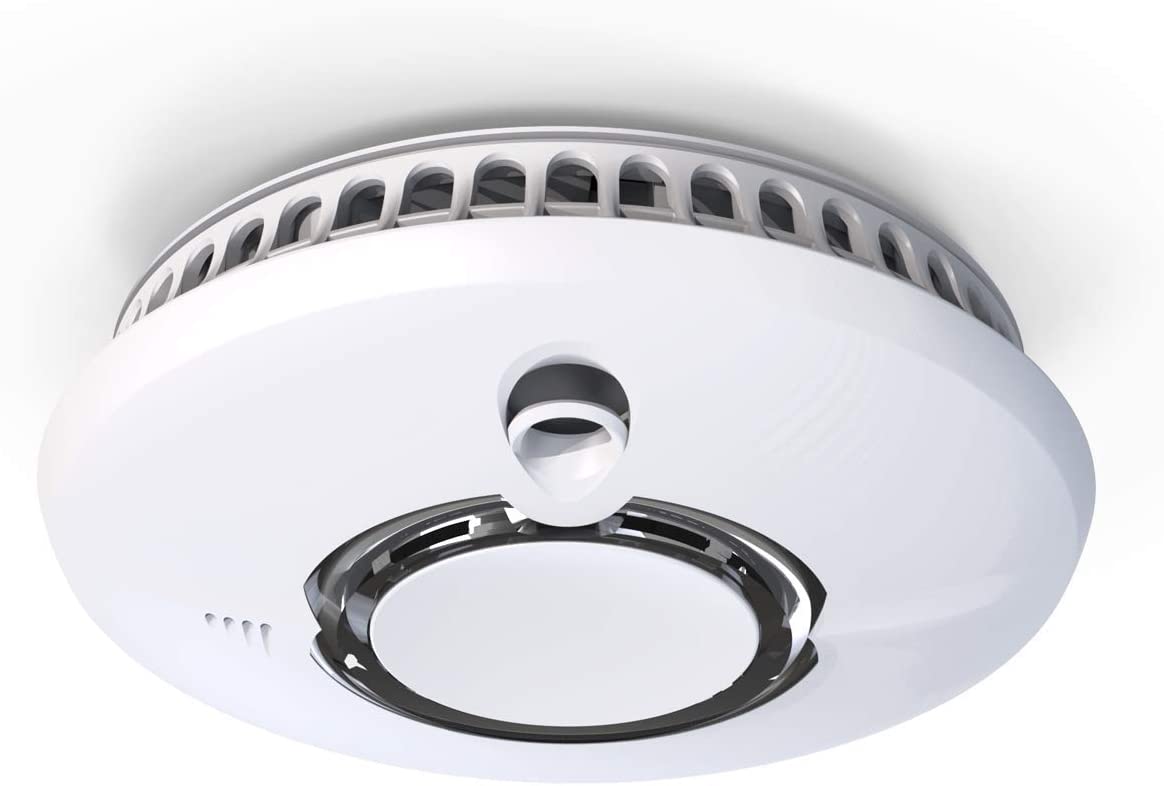 As simply a smoke alarm, the Pro Connected is expensive, however, it comes into its personal when you pair it with every other Pro Connected unit or hook it up with the aid of Wi-Fi as a clever alarm. You can join smoke alarms, warmth alarms and CO alarms from the Pro Connected vary so that, need one goes off, they all go off. This and the 10-year sealed-in battery potential they’re compliant with current adjustments to Scottish legislation, and you won’t leave on an alarm if you stay on a large property, have a listening impairment, or spend a lot of time with the TV blaring or your headphones on.

Add the £50 Gateway and you can join your alarms thru your Wi-Fi community to the FireAngel Connected App, with instantaneous indicators by using an app or e-mail and the capacity to run assessments from the app or via an Alexa skill. 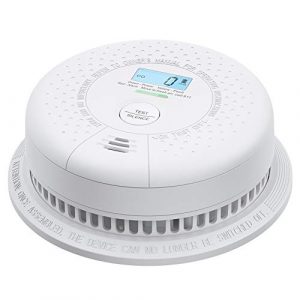 This combined carbon monoxide and smoke alarm offer you up to ten years of safety at a good deal price, thanks to a lithium battery sealed internal the unit. It’s convenient to install, and powering it on takes nothing extra than sliding a change on the base. After that, urgent the Test button shortly wakes up the LCD panel to verify the modern CO degree of the room. The equal button doubles up as an accessible mute need to fumes from the kitchen set it off.

The optical smoke sensor reliably kicks in with a whiff of smoke, and the 85dB alarm tone won’t have any issues waking you from your slumbers. It’s an effective, trouble-free alarm that’s terrific in areas close to a boiler, gasoline heater, or wood-burning range place you might also be in danger of CO poisoning. 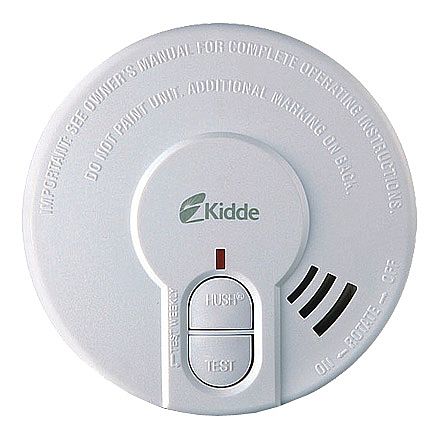 Kitting out a domestic with smoke alarms can get expensive, which makes this good deal bundle pretty appealing. You’re efficiently getting two alarms for little extra than the rate of one, and with optical sensors, check and hush buttons and batteries included, you’re now not dropping out on must-have features.

In fact, there are simply two downsides. First, we’re again to alkaline 9V batteries as a substitute than a current 10-year lithium battery, so you’ll have to substitute them each year. That additionally capacity this alarm doesn’t comply with the Scottish regulation that comes in at some stage in 2022. Second, you solely get a three-year warranty, the place some different alarms provide 5 or ten years. If neither of these is a dealbreaker, you can remain secure and keep a little cash. 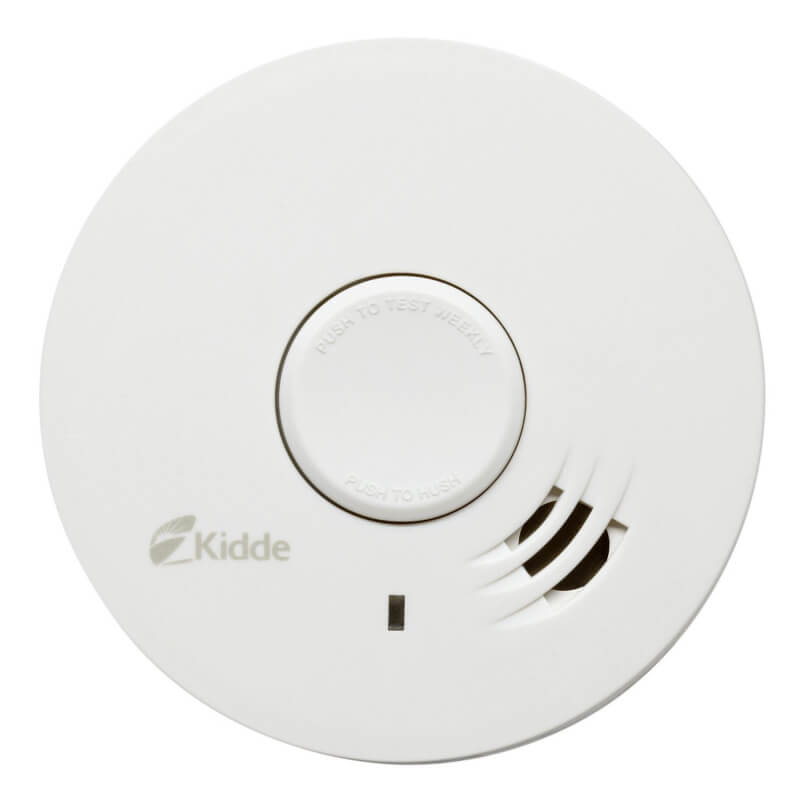 Looking for an affordable alarm you can match and forget? Say hi there to the Kidde 10Y29. It’s effortless to mount, handy to prompt, and couldn’t be a good deal less difficult to use. The sealed-in battery lasts 10 years, whilst a single button checks the alarm and hushes it must it go off inadvertently. Cleverly, the alarm begins quietly in the course of testing, solely ramping up to the full 85dB racket if you preserve the check button for 5 seconds. Meanwhile, hushing the alarm shuts it up for 5 seconds, giving you a little time to clear the air of your burnt toast smoke. Dense smoke will override the mute, so you’ll nevertheless be safe.

The 10Y29 spoke back shortly to simulated smoke in trying out and, at full tilt, the alarm is loud ample to wake heavy sleepers, if no longer the dead. It’s a tremendous smoke alarm that simply works.

In the summary, we only want to say that you probably would like to take care of your family and yourself, as well as of the property. So the best way for that is to install a good quality security system in advance and to feel that your beloved is in a protected place.